Everybody’s talking about men’s mental health. The message is clear: it’s ok not to be ok. But how many men believe this? And how can employers help?

NB: this article was written before FirstCare rebranded to GoodShape on 30.10.21

Globally on average, one man dies by suicide every minute and 75% of UK suicides are men. Men’s charity Movember, which runs an awareness campaign each November, is spearheading efforts to reduce male suicide and encourage men to talk using powerful adverts like this one. But are men really listening?

New FirstCare statistics suggest that while mental health awareness has never been higher, many men continue to feel uncomfortable talking about it. Over the last 5 years, mental health accounted for 16% of men’s sick days across our client base – yet only 4% of men felt able to report it.

While this figure is worrying, there are certainly some signs that the stigma is lifting. The number of men reporting mental health absence has increased by 42% since 2014, and this rise is particularly sharp for both older and younger employees. 18-25 year olds recorded a dramatic 88% increase, while mental health absence reporting for the over 45s climbed by 48%.

These numbers are reassuring, but it’s clear that many men are still not prepared to share or talk about their mental health challenges. Overall, only 70% of men report absence compared to 80% of women, and men report 27% less absence than women. Could it be that men are simply less willing to report absence of any kind? Is the need to live up to the macho stereotype still very much alive?

Our data suggests that when men do report mental health absence, they often wait until crisis strikes before asking for help. For employers this presents a complex challenge, particularly where an opportunity to intervene has been missed.

FirstCare figures show that in 65% of cases, men will only report a mental health absence after already being sick for other reasons, the top causes being:

When men eventually do declare mental ill health, they are often away for extended periods of time. The average length of mental health absence for men between 2014 and 2018 was 24.5 days. This suggests that men wait too long before seeking help for underlying mental health issues.

Mental health absences are long term, costly and can even end careers. FirstCare figures released on World Mental Health Day showed that 60% of workers will leave their job after just 2 mental health absences. In many cases this happens within a matter of weeks, leaving employers with little time to intervene.

Businesses using absence management systems might feel that they are on top of the issue. But systems that rely solely on data won’t record mental health absence if men don’t declare it. Effective absence management must go one step further, by combining data with professional medical insight for accurate recording. This creates a vital window for intervention - an opportunity for employers to reach out to men in need before they reach crisis point.

At FirstCare we help businesses and organisations across the UK to take a human approach to absence management. Our nurse-led telephone triage provides a 24/7/365 point of contact, giving men someone to talk to and signposting vital treatment and support.

Men are often more willing to talk to our nurses – independent and one step removed from the working environment – than their line manager. Many men say that they have a ‘professional image’ to maintain and fear admitting to mental health issues might harm their reputation. Our nurses are trained to encourage men to speak openly, but this isn’t always straightforward. In our experience, men show an underlying determination to ‘cover up’ mental health issues.  What then can businesses do?

One approach being tested by employers is the appointment of workplace mentors or mental health first aiders. Such schemes can provide a vital lifeline for staff and drive cultural change by nurturing mentally healthy working environments. In order to be truly successful, these roles must be created as part of a broader preventative strategy, and not just seen as a tick box to support mental health. Mental Health First Aid must be accessible to all members of staff, and mentors well distributed across an organisation.

Some experts suggest that more men should be trained in these roles, because men feel more comfortable talking to men than women. It’s an often overlooked fact that adult men need male role models just as much as boys do. This approach is gaining traction through a growing number of mental health collectives, which are bringing men together up and down the country. Charities like Andy’s Man’s Club are creating spaces for men to meet, talk, and share their mental health experiences without fear or judgement. And their growing numbers suggest an urgent demand.

It’s clear that the issue of men’s mental health is a complex one, and organisations must respond accordingly. A multi-faceted approach is needed, with many strands of prevention, intervention and support. Effective absence management, with nurse-led input, is key. So too is good leadership, which creates an environment where staff feel valued, recognised and able to talk.

“Men’s mental health is a growing crisis on many levels. The estimated cost to UK business since 2004 is over £47.5 billion and the human cost is incalculable. Too many men are leaving work unnecessarily, and too many men are dying because they were unable to seek help. It’s never been more important for employers to manage health and wellbeing proactively. As leaders we should all be striving to embed a positive work culture, where men recognise that their mental and physical health are fully supported.”

“We have been using the GoodShape service since 2007” 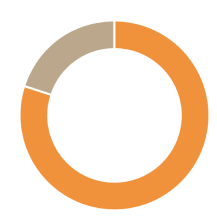 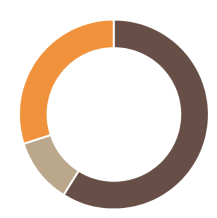