STIs (sexually transmitted infections) are a very common health concern, but something that is rarely discussed due to feelings of guilt and embarrassment. In fact, according to research we recently conducted with YouGov, over two thirds of employees would be uncomfortable discussing STIs with their manager if they needed to take time off for it.

Because of this ongoing stigma, there are a number of myths and misconceptions that still exist about STIs. In honour of STIQ day – an initiative which encourages people to prioritise their sexual health and get tested regularly – we’re dispelling some common myths to help you understand the facts and take the necessary steps to protect yourself.


Myth: You can tell if your partner has an STI

Fact: Although some STIs may present physical symptoms, the majority of people who have contracted an STI will not experience any such indicators. Symptoms may also be difficult to spot, as some STIs cause cold-like symptoms that can easily be missed. The only way to truly know if you have an STI is to get tested! We recommend doing this each time you start sexual relations with a new partner.

Myth: Only people with a lot of sexual partners get STIs

Fact: Although having more sexual partners does increase your risk of being exposed to STIs, you can contract one after sleeping with just one person. Unless they’ve been tested recently, they may have an STI without knowing it which they unwittingly pass on to you.

Myth: Using a condom protects you from getting an STI

Fact: It’s always advisable to wear a condom as it greatly reduces your chance of catching an STI, but it’s not 100% effective – you can still catch STIs that are transmissible through skin-to-skin contact, like syphilis, herpes, and HPV.

Myth: You can’t get STIs from oral sex

Myth: You can get an STI from a public toilet

Fact: While catching an STI from a toilet seat is theoretically possible, the chance of this actually happening is close to zero. STIs can only be transmitted by sexual contact and bodily fluids, and bacteria can’t survive outside of your body’s mucous membranes for very long. Nevertheless, we would always recommend giving the seat a wipe before you use it, as other bacterium can last longer.

Fact: This myth is not only false but antithetical – using two condoms actually offers less protection than one, due to added friction increasing the risk of the condoms slipping off or breaking.

Myth: Only gay men and drug users get HIV

Myth: STIs will go away on their own

Fact: Although your symptoms may go away, the only way to cure an STI is through treatment. Some STIs like HIV and herpes result in a lifetime infection, and can only be managed, not cured. If you are unsure whether you have an STI, we always recommend seeing your GP or a sexual health clinic to avoid the potential risk of an untreated STI causing more serious issues.

Myth: Once you’ve had an STI, you can’t catch it again

Fact: Your chance of reinfection varies depending on which STI you have contracted. You can catch bacterical infections like chlamydia, gonorrhoea and syphilis even if you’ve had them before. You’re less likely to become infected for a second time with HPV as you gain immunity, however this is only for the strain you’ve contracted (there are around 40 different strains that can be transmitted sexually).

Fact: Many people shy away from seeking medical attention for STIs, due either to the ongoing stigma surrounding sexual health or concerns that testing may be painful, but there’s really no need. Most STI tests will simply involve giving a urine sample or having a quick swab taken, things that the doctors and nurses you’ll see deal with on a daily basis.

If you want to ensure your employees are getting the best possible support with regard to their sexual health, why not check out the services we offer here at GoodShape? Our 24/7 nurse line provides your people with a trusted third-party source for triage, advice and signposting, whenever they need it. Learn more about our services here.

“We have been using the GoodShape service since 2007” 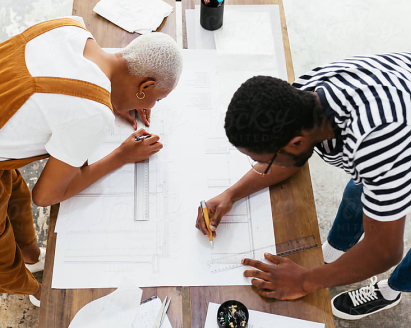